What brings you to Sicily? A connection to your family heritage? A once-in-a-lifetime glimpse of Mount Etna? Or maybe just a whirlwind tour to wind up your trip to Italy?

Whatever draws you here, it’s Sicily’s cultural history that leaves its mark and beckons you back time and again. The ultimate trilogy of art, architecture, and food—those tributes to a great civilization—defines this lovely island.

If you’ve never considered a trip here—or especially if you’re planning one soon—allow plenty of time to explore Sicily’s cultural heritage expressed in its amazing paintings and mosaics, iconic architecture, and soul-satisfying food and wine.

The Renaissance masters left their mark on Sicily.

When you think of the Renaissance in Italy, Rome immediately comes to mind. But did you know there are beautiful paintings from that era in Sicily? The criminally-talented Caravaggio fled the Italian mainland for Sicily after killing a man during a brawl. Despite his colorful past, his artistic efforts produced many religious paintings, including the Burial of St. Lucy, which can be seen today in Syracuse.

Caravaggio’s apprentice, Mario Minniti, closely copied the techniques of his teacher. He, too, has artwork found in Syracuse, his home town. Also a painter of religious scenes, Minniti took advantage of the booming church growth around Sicily, staying busy with different works for the houses of worship.

The beautiful oil works of Antonello da Messina are also from Sicily. The (then) new medium created a unique layering effect, brilliantly seen in his Annunciation, which resides today in Palermo. Art abounds in Sicily, if you know where to look.

Marvelous mosaics will take your breath away. 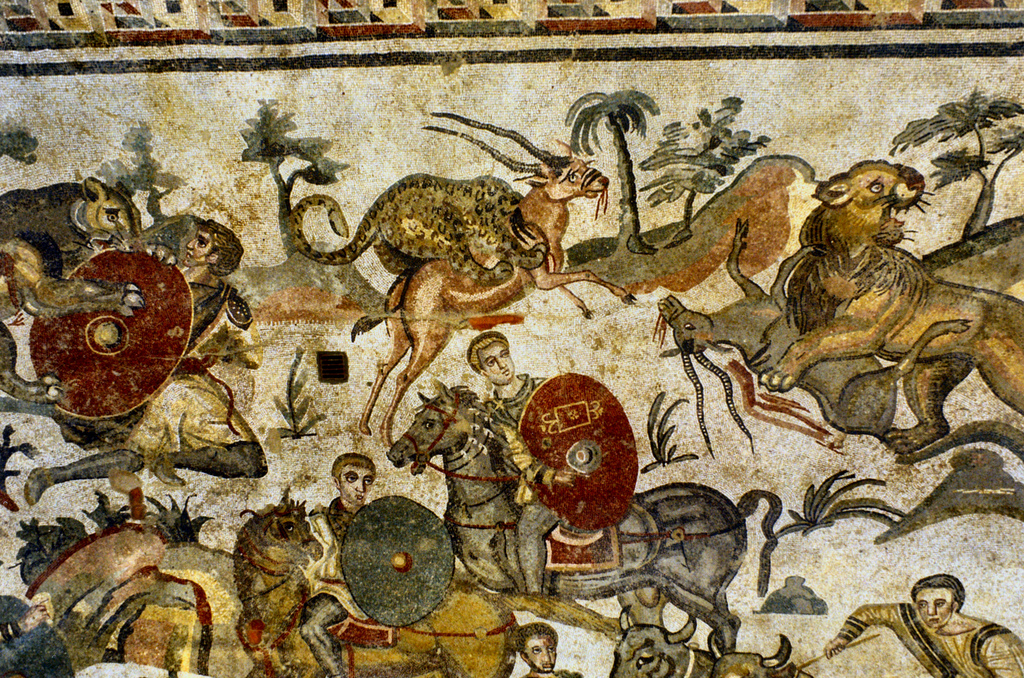 What does your dream home look like? Maybe a personal wine cellar? Perhaps heated floors in all of the bathrooms? How about massive mosaics covering the walls of almost every room? No?

The trends may have changed, but back in the 4th Century AD, wall-to-wall mosaics were the epitome of luxurious living. While visiting Piazza Armerina, you can find these breathtaking works of art at Villa Romana del Casale. The numerous subjects of the mosaics range from portrayals of daily life to mythological scenes to a tableau of women exercising in their “bikinis” (shown here). The ornate detail created through the simple placement of tiles exudes an affluence of which most of us can only dream…

Explore the exquisite Sicilian architecture dating back to the Phoenicians. 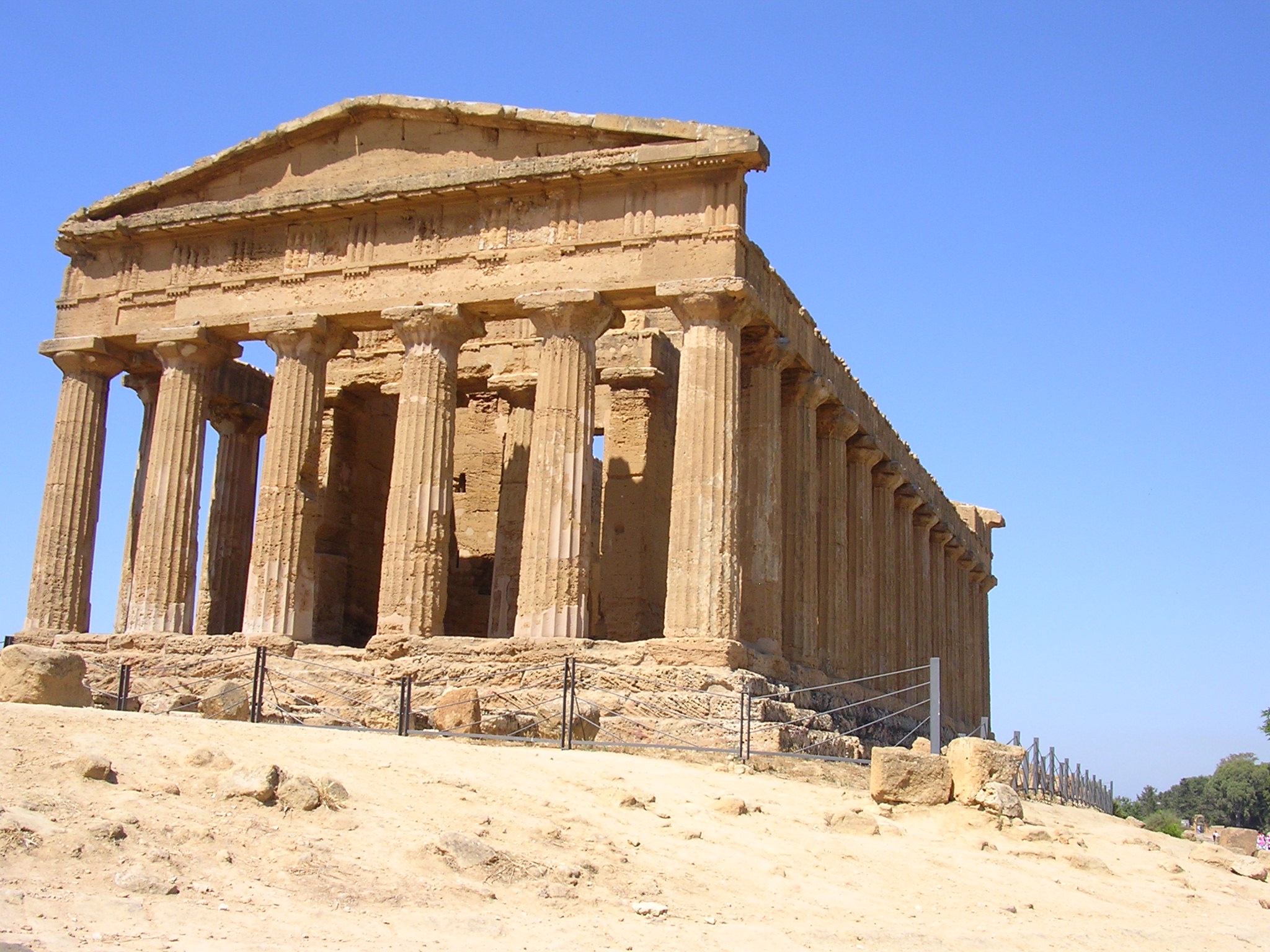 Thanks to its placement in the Mediterranean Sea, Sicily was easily accessible to many different cultures throughout its vast history, which can best be appreciated through the island’s architecture. A vast history, indeed – Phoenician designs, dating back to as early as 1600 BC, are found in Mozia.

Another culture that greatly affected Sicily: the Greeks. Eight magnificent Doric temples, representing different gods and goddesses, stand at The Valley of Temples in Agrigento. The temples were completed over many different centuries, from the 5th Century BC to the 6th Century AD. The significance of these masterfully crafted structures was fully recognized in 1997, when the temples were added to the list of UNESCO World Heritage Sites. Being able to walk through the mostly intact temples transports you to an age of philosophy and invention.

Centuries later, William II commenced building the Duomo, or cathedral, in Monreale in 1174, which exhibits classic Arab-Norman style. The exterior construction features numerous arches and columns as well as three apses, popular throughout the Middle East. But what really stands out at the church are its golden and glorious mosaics inside its holy walls. These works depict scenes from the Old and New Testaments. Religion aside, these mosaics are truly something to see.

The Sicilian Baroque architecture of the 17th and 18th centuries is simply stunning. 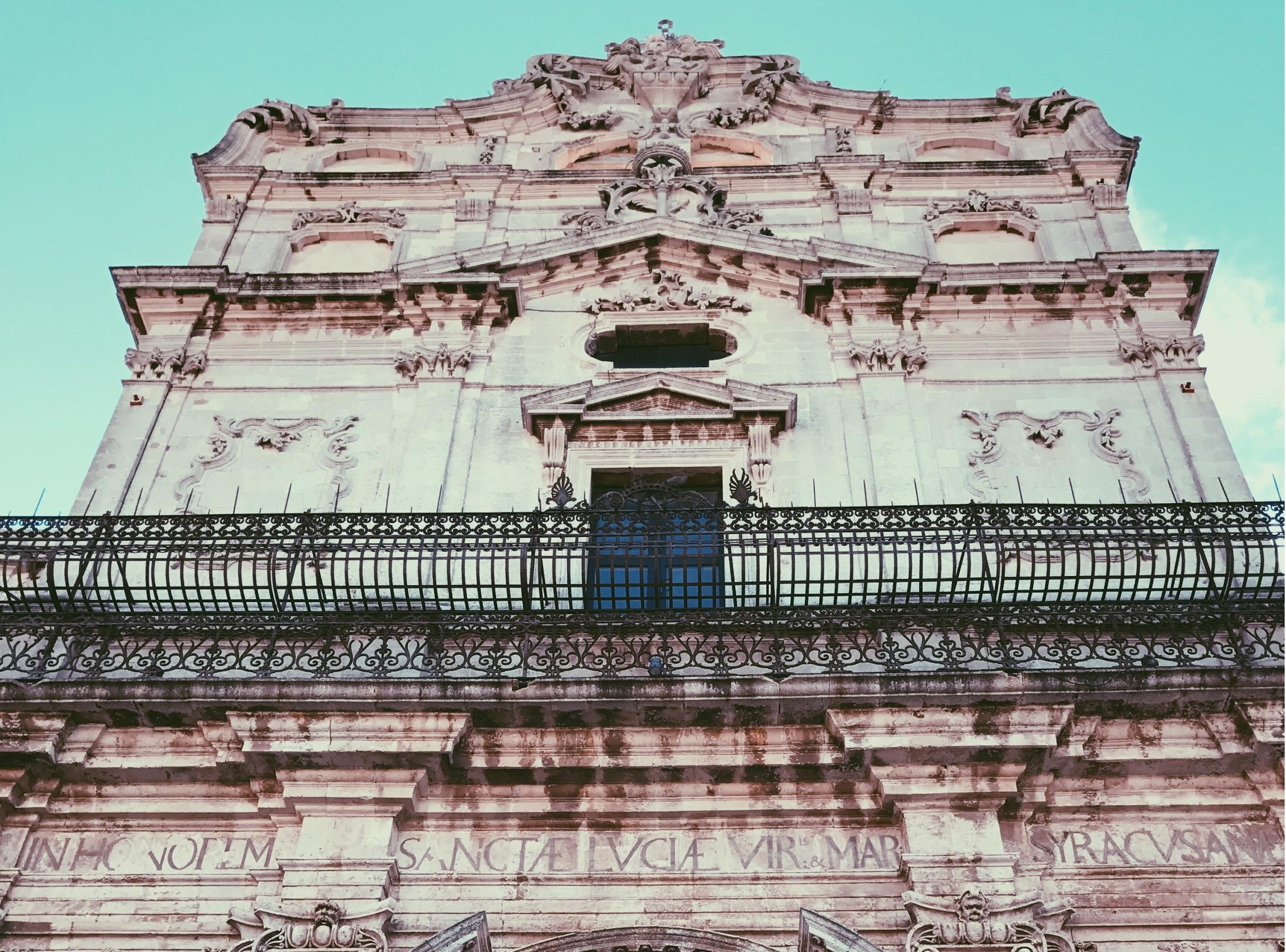 As hard as man tries, he cannot control the earth. Despite centuries of building grand infrastructure along the eastern coast of Sicily, it only took one earthquake to effectively destroy it all.

In 1693, an earthquake with an estimated magnitude of 7.4 hit the town of Noto, bringing it—as well as 54 other towns and 300 villages—to the ground. Sadly, the death toll reached 100,000 people. But from the rubble came a rebirth of Sicilian architecture in the Baroque style.

Still influenced by the Normans, but now under Spanish rule, the wealthy citizens of Sicily rebuilt their homes, cathedrals, and palaces, emulating the stylings of the palace at Versailles, finished five years prior to the earthquake. Roman architects were employed to complete the elegant edifices.

Modica was one of the towns greatly affected by the earthquake. The city thrived under Spanish dominion—artisans began incorporating the foodstuffs brought back from Spanish travel, including cacao. For the last 400 years, Modica has been a mecca of chocolate making. Is the mention of chocolate starting to make your mouth water? Chocolate is only the beginning of the delicious delectables Sicily has to offer. 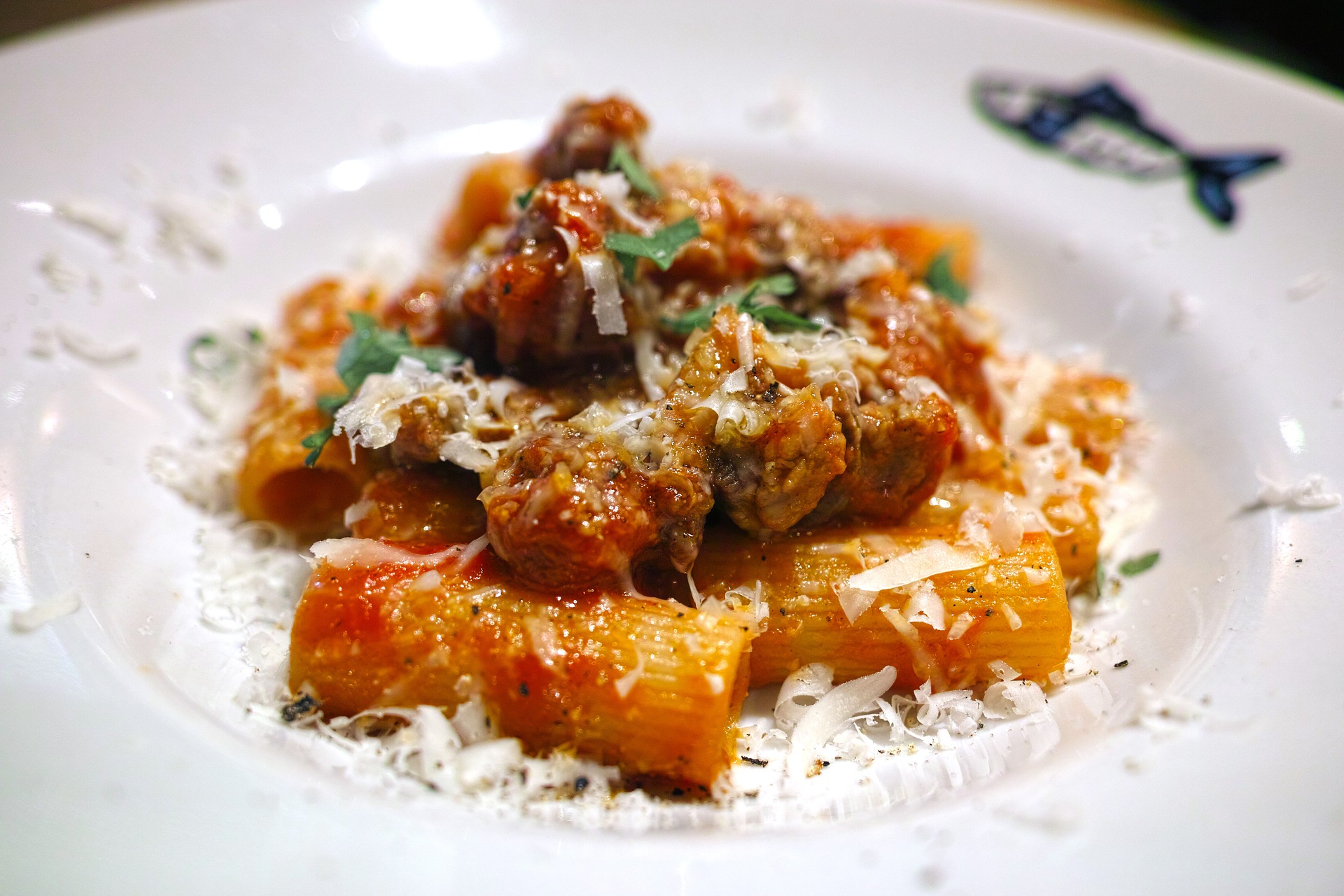 Do you ever stop to think about a food’s history before you eat it? Probably not. But after visiting Sicily, you may do just that.

The island is known for its abundant agriculture – figs, olives, grapes, and wheat to name a few. The Greeks fully cultivated the land around Siracusa (or Syracuse), making wine from the grapes, offering local honey to the goddess Aphrodite, and churning goat’s milk into ricotta cheese.

When the Arabs came, they brought new crops to Sicily—cotton, linen, rice—and unfamiliar foods like couscous. And even after the Norman Conquest, the people of Sicily continued eating their Middle Eastern dishes. In fact, many of the classic Sicilian dishes today retain their Arab roots.

The pizza and pasta are incredible—but that’s only the beginning. 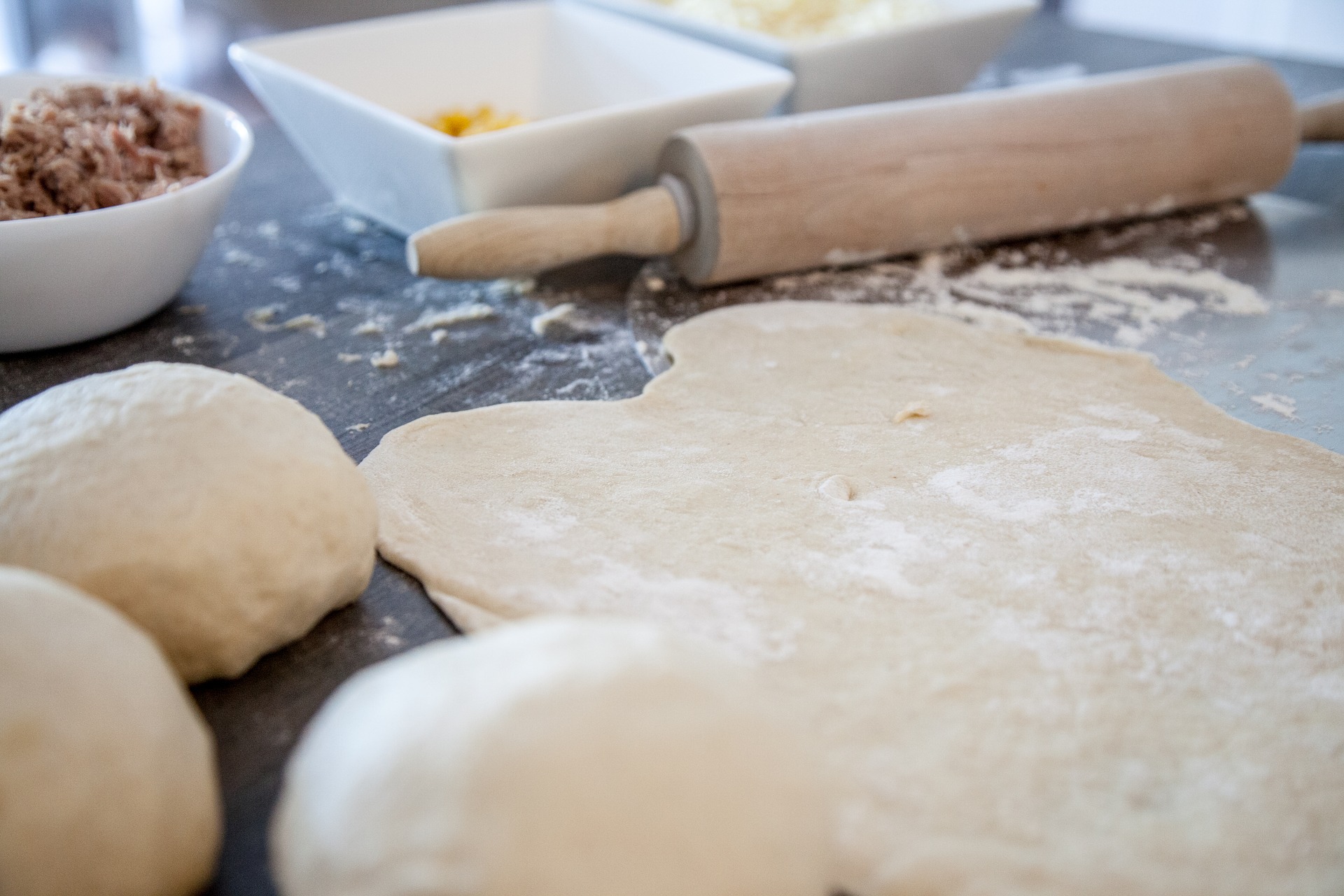 Just as every destination has “must-see” places, they also have “must-eat” courses. For Sicily, those courses include caponata with bread (the tangy sauce – good on everything), pasta alla norma (the quintessential Sicilian pasta dish), and cassata siciliana (the decadent dessert).

But olive oil is the true Sicilian staple—it’s in virtually every dish. Want to know how it’s made (or better yet, try a tasting to learn the subtleties of this all-purpose oil)? Take a tasting tour in the Chiaramonte Gulfi area, renowned for its incredible olive oils.

This thousand-year-old market has run much in the same manner since it began. In fact, Ballaro Market most resembles an eastern souk. Saffron and other spices add to the Middle Eastern appeal.

Try a typical Palermitano dish, such as Panelle to really get in the Sicilian spirit! 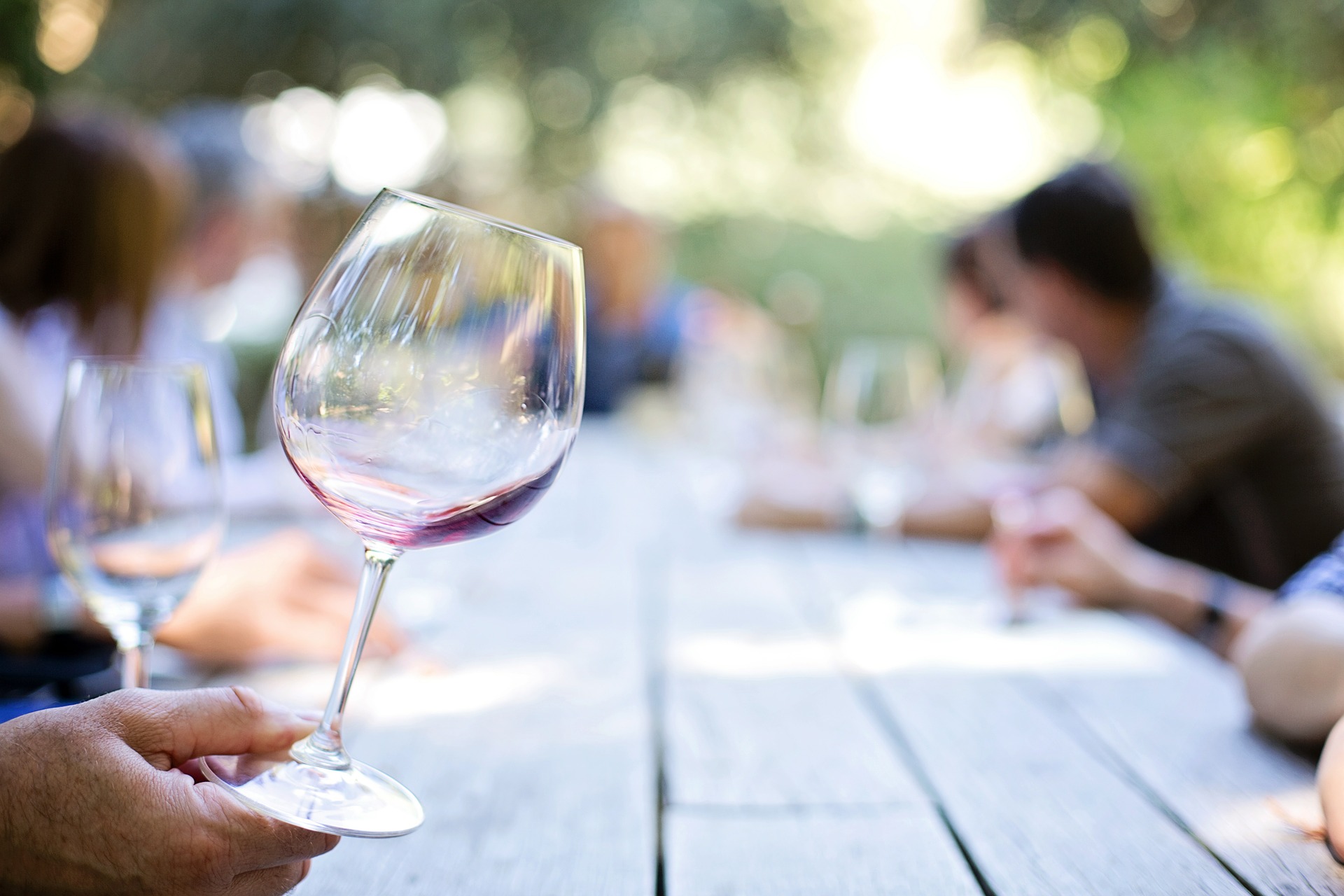 What’s a vacation without a little bit of wine? Okay, who are we kidding – a lot of wine! In Sicily, you’re in luck. Vineyards dot the entire island with wine just waiting to be tasted.

The Greeks say that Dionysus, the god of merriment, brought wine to Sicily. They certainly continued the god’s tradition by bringing their own vines with them in the 8th Century BC. Ever since, wine has greatly influenced the Sicilian culture.

Marsala is one of Sicily’s most famous varieties of wine. In 1773, John Woodhouse realized this kind of wine could be fortified enough to travel well to England. He took that advantage and ran with it, becoming incredibly successful in his sales and leading to other entrepreneurs to do the same.

Marsala is not the only wine from Sicily. Mt. Etna’s rich soil provides the perfect nutrients for growing grapes. If you are a lover of red wines, make sure to try Etna Rosso, named for the volcano. .

Or maybe you’d prefer to sample some whites. Catarratto is largely grown across Sicily and is mainly used as a base to blend with other grapes. It’s well known for its citrusy flavors. Grillo is a dryer white, most like a Chardonnay. It’s gotten extremely popular recently, so make sure to grab a bottle (or two!).

Finish your meal with some delectable Modica chocolate. 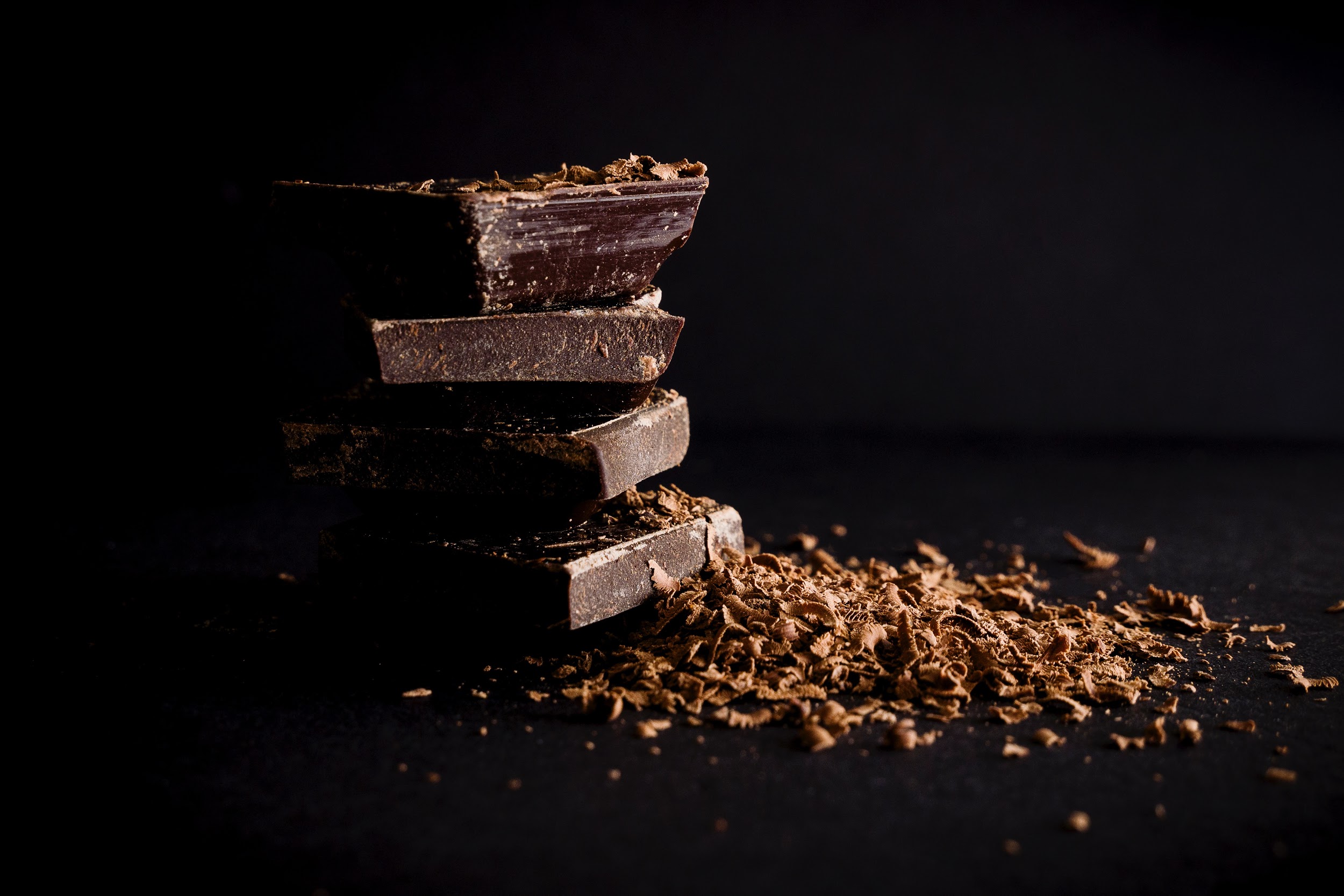 What pairs better with red wine than delicious dark chocolate? Sicily’s version of the confection stems from the 16th Century when the Spanish ruled the island. Spanish conquistadors returned from Mexico with new foods like cacao—and the Aztec’s recipe for preparing it.

Chocolatiers in Modica have been crafting chocolate in the Aztec style for over 400 years. Cayenne pepper, cinnamon, and vanilla are just a few of the ingredients found in the ancient recipes. See which variety you prefer while visiting the charming town of Modica.

Discover your own Sicilian trilogy…

What could be better than a vacation full of art, architecture, and food? Make your trip completely about the culinary experience, or choose to sprinkle in some history and culture. Whatever your fancy, Sicily has a little something for everyone. If you are ready to experience the Sicilian trilogy, get in touch.