6 days private  multi days tour. A gateway to the traditional flavors between wine, street food and off the beaten routes to explore a nice showcase of Sicily

Book Now
06 Days, Sicily Tours
This is a Private Tour

Welcome to the warm, beautiful and pleasant island of Sicily! Upon arrival at Palermo Airport please proceed through the Passport Control and collect your luggage inside the customs area. Then meet the driver showing a sign with your name and a short drive takes you to the town.
Day 2
Palermo Half Day Walking Tour
English speaking guide disposal: half day from h 9AM

Today meet the local guide at hotel and start a lovely walking tour to explore Palermo. Our first stop is at the Palatine Chapel (Admission fee: not included), a finest example of Arab-Norman art in Palermo. Built by Roger II from 1130 to 1140, the chapel is adorned with extraordinary Norman-Byzantine mosaics. We then continue onto the Four Corners which is the junction in Palermo. Effectively, it is the centre point of the four areas of the old town centre. You will almost inevitably pass through it and it is worth stopping for five minutes to have a look at its sculptures which were commissioned by the Spanish Viceroy in 1611. The sculptures on each of the four corners depict a variety of themes, including the four seasons, four Spanish kings and the four patron saints of the old town areas. Going south-east down Via Maqueda you will come across Piazza Pretoria which is home not only to a splendid fountain but several other impressive buildings including, on the right, the City Hall. The fountain, known for generations as the “Fountain of Shame”, has an interesting history. The large central fountain is the focal point for sixteen nude statues of nymphs, humans, mermaids and satyrs. If you imagine this being erected during the Inquisition, it is quite easy to imagine why it received its epithet, the “Fountain of Shame”. The last but not the least is our stop at the Ballarò Open Air Market a place overflowing with beautiful fresh fish, and local vegetables and cheeses.  Originating from the era when Sicily was occupied by the moors, this 1000 year old market has run much in the same manner for centuries.  It has strong Arab influences, resembling an eastern souk, and these influences are also evident in the merchandise itself.  Next to mounds of ricotta and caciocavallo cheeses, barrels of olives and fat slabs of swordfish sit saffron and other spices, as well as sacks of beans and gorgeous indigenous fruits and local vegetables.  Here you will have the opportunity to taste a typical palermitano dish, such as the famous Panelle (a thin paste of crushed ceci/garbanzo beans rolled into sheets, fried and served in pizza-like slices).

This afternoon is at leisure
Day 3
Palermo > Erice, lunch in an Olive Oil and Salt Way Road > Palermo
Private vehicle and English speaking driver disposal: full day from h 8.30AM

We then travel from Erice to Trapani-Marsala Salt Way Road, skirting the lagoon to see the snow-capped mountains but hills of salt, one of the Sicilian economy's historical resources that was already very precious in the days of the Phoenicians, who were the first to bring some form of technology to its production. The favourable climatic circumstances, such as high temperatures and a wind that increases evaporation, plus the shallowness of the water, contribute to create the evocative and unreal scenario created by the salt flats, which form a sort of immense chessboard that ranges in colour from off-green to pink. The tourist paths for visits to the salt flats wind their way around the great basins and, running along the edges of the tanks of seawater - which glistens in the sun as it crystallizes - finally reach the mounds of salt. These mounds are topped by a series of recently restored windmills that recall the days when they were among the main instruments for pumping the water and grinding the salt. A panorama that has to be enjoyed, preferably at sunset, when everything becomes tinged with red. We then arrive at the salt pans Saline Ettore Infersa (Admission fee: non included) which offer a truly unique landscape. Windmills, first introduced during mediaeval times, dot the horizon, a testament to how things were once done, though one or two continue to function, pumping water through the sluice gates into or out of the various basins. Piles of harvested salt, neatly covered with terracotta tiles, lie between the road and the basins waiting to be despatched.
Day 4
Palermo > Agrigento and Piazza Armerina > Taormina
Private vehicle and English speaking driver disposal: full day from h 8.30AM

We then continue to Taormina.
Day 5
Relax in Taormina
Today is at leisure for your independent walk in the Corso Umberto Street, the core of the town. From here you can join the Greek Theatre (Admission fee: not included), built for the most part of brick, and is therefore probably of Roman date, though the plan and arrangement are in accordance with those of Greek, rather than Roman, theatres;  It is one of the world’s most popular tourist attractions, so that Johann Wolfgang Goethe in his famous “Journey to Italy” wrote: “No theater audience has never had such a sight in front of him.” The highlight of today walking tour is for sure go up using the old steps up to the top of the theatre to admire an amazing view of the Taormina Bay and the Etna volcano, the view from here is amazing and unforgettable.

The balance of the day is at leisure.
Day 6
Taormina > Catania airport
Private vehicle and Italian speaking chauffeur disposal: transfer out only 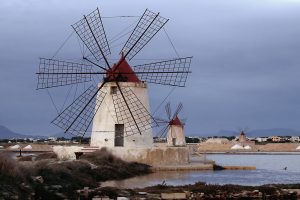 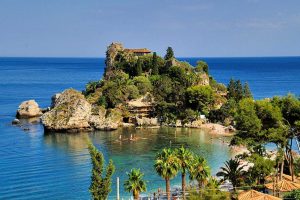 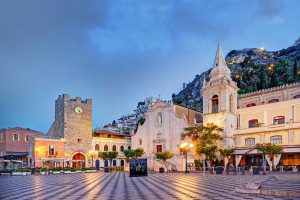 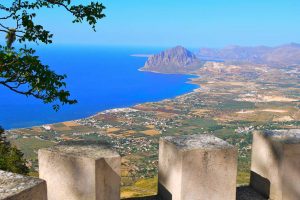 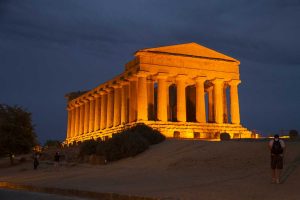 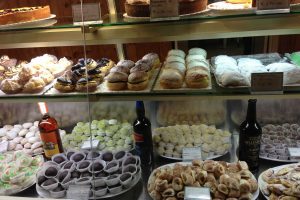 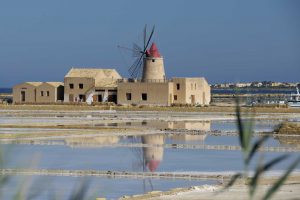 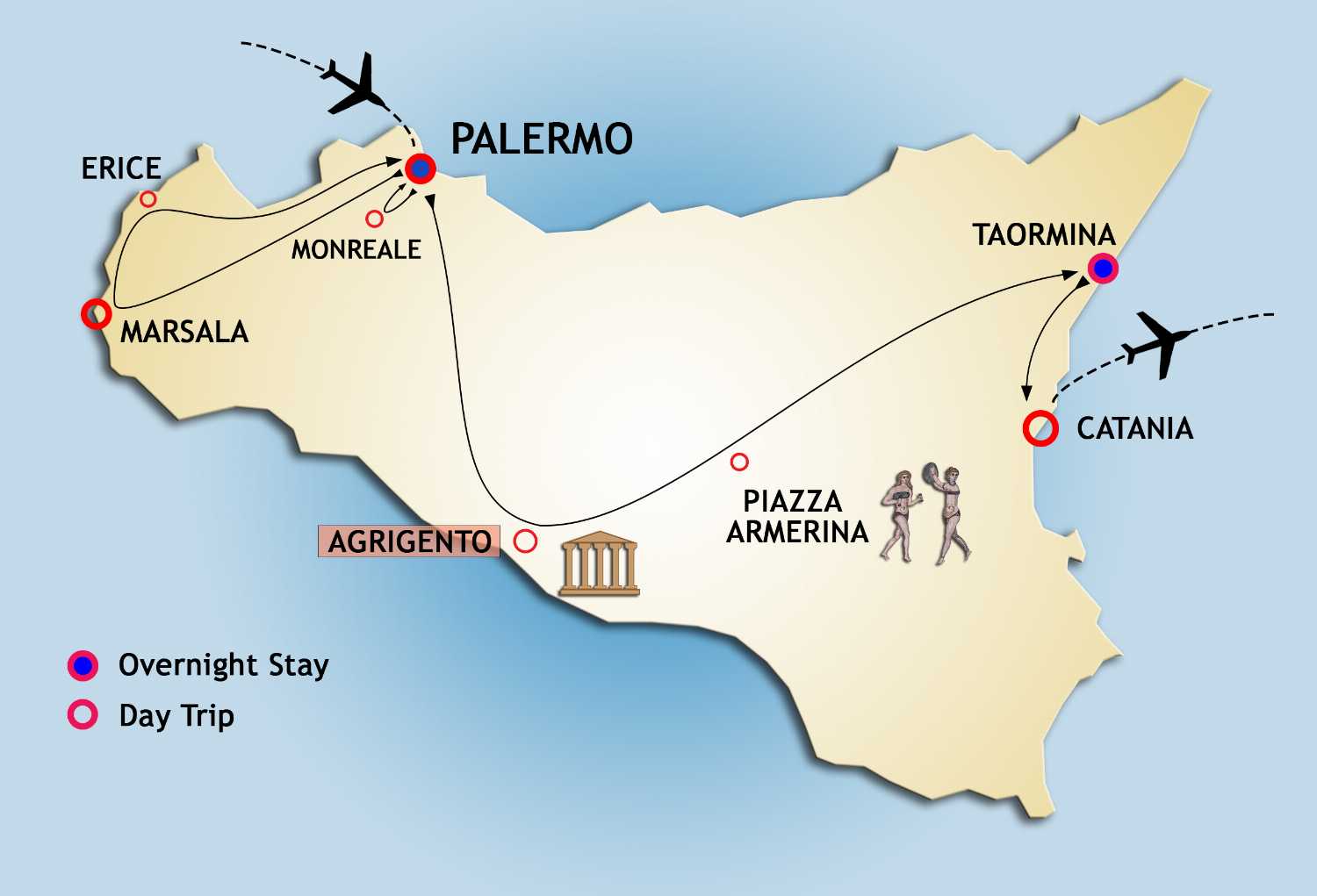