Private Tour of Sicily: an amazing way to visit the island of Sicily in 5 days. 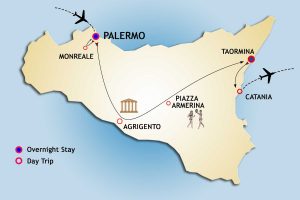 We are an inbound tour operator specialized in delivering one-of-a-kind holidays around the island committed to make you experience customized tours, food journeys and wine tastings in some of Sicily’s nicest places.

​We simply can’t imagine a better way to immerse yourself in the life of Sicily without a company like us, to explore hidden corners and appreciate nuances while enjoying the benefits and enormous satisfaction of traveling under your own power.

Travel with Locals is, at its heart, a way of connecting more authentically with the world.

Stroll, sip, and savor your way through this unforgettable trip experience and Start NOW and be in touch with us asking the day-by-day tour which is ground services only OR included of hotel accommodation.

CONTACT US TO RECEIVE THE DETAILED TOUR AND COSTS

This afternoon meet the Local Guide in the area around the Cathedral and catch on a taxi to move to Monreale to see where Arab-Norman art and architecture reached its pinnacle in the Duomo (Tips: not included), launched in 1174 by William II. It represents scenes from the Old and New Testaments all in golden mosaics.

We then continue to Taormina.
Day 4
Relax in Taormina
Today is at leisure for your independent walk in the Corso Umberto Street, the core of the town. From here you can join the Greek Theatre (Admission fee: not included), built for the most part of brick, and is therefore probably of Roman date, though the plan and arrangement are in accordance with those of Greek, rather than Roman, theatres;  It is one of the world’s most popular tourist attractions, so that Johann Wolfgang Goethe in his famous “Journey to Italy” wrote: “No theater audience has never had such a sight in front of him.” The highlight of today walking tour is for sure go up using the old steps up to the top of the theatre to admire an amazing view of the Taormina Bay and the Etna volcano, the view from here is amazing and unforgettable.

The balance of the day is at leisure.
Day 5
Taormina > Catania airport
Private vehicle and Italian speaking chauffeur disposal: transfer out only 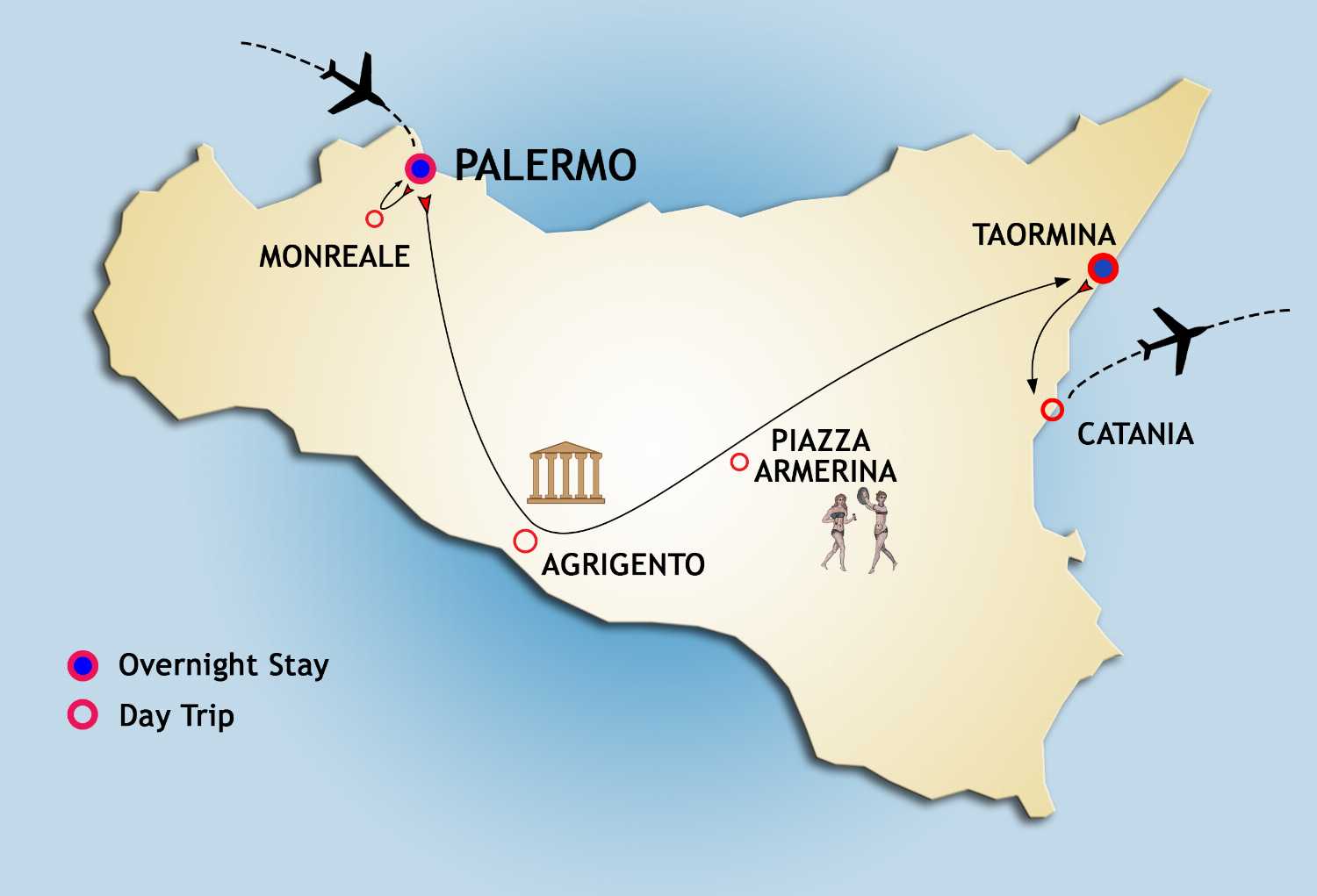