Private Transfer Tour from Agrigento to Syracuse: stopovers into Ragusa and Modica

Move you from Agrigento (West side) to Siracusa (East side) with stopovers into Ragusa and Modica, two wonderful example of the Late Baroque Towns of the Val di Noto, declared Unesco World Heritage Site in 2002.

Today meet our staff and departure for Ragusa to visit one of the most fascinating towns in Sicily, Ragusa has caused many a visitor’s jaw to drop as they first set eyes on the lower part of the town. Essentially Baroque, the Ragusa you will see today dates almost entirely from 1693. Indeed, it was in this year that Ragusa, along with its neighbours, Noto, Modica, Scicli and Catania, was razed to the ground by a terrible earthquake that hit most of the eastern side of Sicily. Public opinion on where to rebuild the town was divided, and so a compromise was made. The wealthier, more aristocratic citizens built a new town in a different site, now Ragusa “Superiore”, while the other half of the population decided to rebuild on the original site, on a ridge at the bottom of a gorge, now Ragusa Ibla. The two towns remained separated until 1926 when they were merged to become the chief town of the province, taking the place of Modica. While the upper part has its fair share of architectural delights, it is the smaller Ragusa Ibla down below that really draws visitors. Whether you approach it from Modica to the south or from Ragusa Superiore, the sight of the jumble of houses, churches and civic palazzi piled on top of each other, clinging to the walls of the gorge, is really quite breathtaking. Although seemingly Mediaeval from a distance, once you enter the town’s heart, the Baroque logic of its plan becomes more obvious.

This afternoon onto Modica. Like the other towns in the Val di Noto, was badly damaged in the 1693 earthquake and largely rebuilt in Sicilian Baroque style. It is divided into two parts, “higher” Modica and “lower” Modica, which are connected by numerous flights of steps. Palazzi and houses rise from the bottom of the gorge seemingly stacked one on top of the other. Magnificent churches, with their inspiring domes, bell towers and intricate facades, punctuate the red-tiled roofs and one is struck by the uniform beauty of the whole. Modica has a long and varied history, complete with the usual toing and froing of successions of invaders. It came to real prominence in 1296, when Frederick II of Aragon (not to be confused with Frederick II “Stupor Mundi”) formed the “County of Modica”, a kind of “state within a state” that was initially governed by Mandfredi I Chiaramonte. Modica is custodian of a 400 year tradition of Sicilian chocolate-making. Being part of the Spanish kingdom for so many years meant that Sicily was often one of the first recipients of the new foodstuffs being brought back from South America. Cacao was one of these and today Modica still specialises in making granulous chocolate, often flavoured with chilli pepper, cinnamon or vanilla, that is based on Aztec methods and recipes. Chocolate shops abound and, for the real chocoholic, it is sometimes possible to watch the “chocolatiers” at work. Tasting of Modica chocolate is a must. 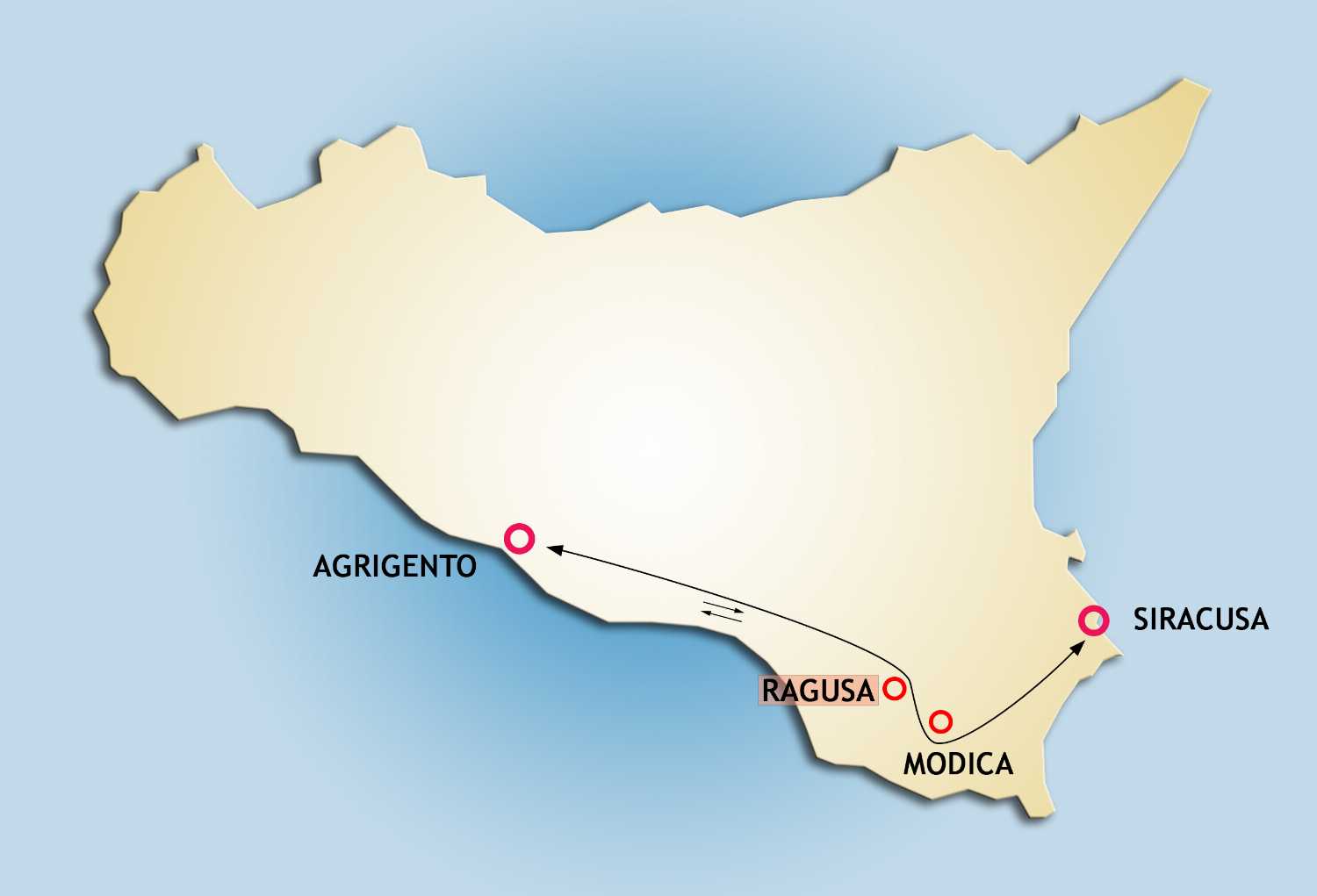