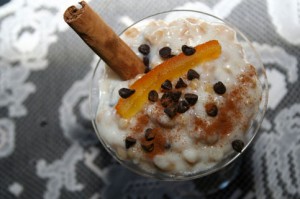 On December 13th, all over the world, in countries both far and near, Christians celebrate Saint Lucy’s Day in a variety of ways and with all kinds of different traditions.

According to the ancient Roman calendar, the 13th of December was the shortest day of the year when the Winter solstice occurred.

After the Gregorian reform of course, solstice falls between December 21st and 22nd, but the 13th has remained the day dedicated to the Sicilian Saint Lucy or Lucia, whose name comes from the Latin word lux meaning light, thus the link with this element and with the days growing longer after the Winter solstice.

In Sweden this celebration is called “Lucia Day” and the most memorable moment is when a young girl wearing a long white dress, and a wreath of candles around her head, leads a procession, usually in Church, followed by both girls and boys wearing white gowns and holding candles.

The timing of this tradition is deeply rooted in the pre-Christian holiday of Yule (or Jòl), but the fact that a predominantly Lutheran country spends so much time and energy celebrating a day dedicated to an early Christian saint who was born and martyred in Sicily is remarkable.

Months ahead, towns or schools actually elect the girl who will portray Saint Lucy and lead the procession that year.

In the past, in some Swedish families, the eldest daughter would dress up as Saint Lucy and offer her parents home-made sweet buns called Lussekatt or “St. Lucia Bun” made with saffron just for this day.

This celebration takes on a completely different meaning in Sicily and in the homes of people of Sicilian descent in different parts of the world like in the United States, Argentina or Great Britain.

Here in Sicily, the main dish is called cuccìa (pronounced koo-chì-ya), and it is made from wheat berries, which have been soaked in water for a few days, and boiled for hours until soft and creamy. This can be served simple as a soup with the addition of salt and extra-virgin olive oil, or as a pudding mixed with sugar, chocolate, candied fruit and sometimes even an addition of fresh ricotta cheese as it is prepared in Palermo.

Cuccìa commemorates the saint’s having saved her home town Siracusa from a famine during the 17th century when a cargo of wheat arrived at the city’s port on Saint Lucy’s Day and, being that people were starving and that they could not wait to eat, they just took the wheat home, and ate it boiled, without grinding it and turning it into flour first in order to make bread or pasta.

Lucy, who today is venerated in the Roman Catholic, Eastern Orthodox, Anglican and Lutheran Churches, was from the south-eastern Sicilian city of Siracusa, and she lived between the late 3rd century and the early 4th century AD (CE) – traditionally between 283 and 304 AD.

The earliest document referring to Saint Lucy, a marble inscription, actually dates back to the 4th century shortly after her death and it was found in the Catacombs of St. John underneath the city of Siracusa where she would often go to pray with other Christians during the persecutions of Diocletian. These are the second largest early Christian catacombs in the world after the ones in Rome.

Churches and monasteries dedicated to her were built soon after her death, such as a 6th century monastery in her hometown. Furthermore, Saint Gregory the Great wrote about her in one of his letters (Reg. Epist. VII, 36), and she is one of the very few female saints mentioned in the canon of St. Gregory.

Born into a wealthy Roman family in Syracuse (although her mother Eutychia was probably of Greek ancestry), Lucy had consecrated her life to Jesus Christ and wanted to sell all her belongings and give them to the poor. Having lost her father at a young age, it was for her mother to decide if she could use her dowry to this purpose. Lucy’s mother was obviously not of the same mind as her daughter, and it took a miraculous healing to persuade her into allowing Lucy to spend her dowry for the poor.

Eutychia in fact had been ill for a number of years and not even the best doctors available at the time were able to help her. Lucy convinced her mother to accompany her to Saint Agatha’s tomb in Catania. Agatha had been martyred over fifty years before and was already considered a saint. While they were praying before her tomb, Lucy urged her mother to touch Agatha’s relic with faith, and, after doing so, Eutychia was suddenly healed.

Upon their return to Siracusa, Lucy was finally allowed to offer her dowry as alms to the poor, but the young man to whom she had been betrothed, stirred by anger at having been refused by Lucy and by greed for his lost chance of getting his hands on her dowry, decided to denounce her to the local governor Paschasius as a Christian during a time in which this was still a prohibited religion in the Roman Empire.

First of all, the governor tried to break her will by sending her to a temple dedicated to sacred prostitution, but Lucy was immovable both in spirit and in body, in fact, the governor’s soldiers could not move her at all, so they tried tying her to a group of oxen, but they were not able to drag her away from where she stood.

At this point, the soldiers were ordered to light a fire around her, but the flames did not touch the young woman.

In the end, they stabbed her in the throat with a dagger, but before passing away Lucy foretold the end of Diocletian’s and Maximian’s rule, and she received Holy Communion. It was 13 December 304, and she was buried on the same site where she died. When Caravaggio came to Siracusa in 1608, he painted the saint’s burial for one of the churches dedicated to her and this painting, The Burial of Saint Lucy, can still be seen in the Church of St. Lucy at the end of Piazza Duomo. 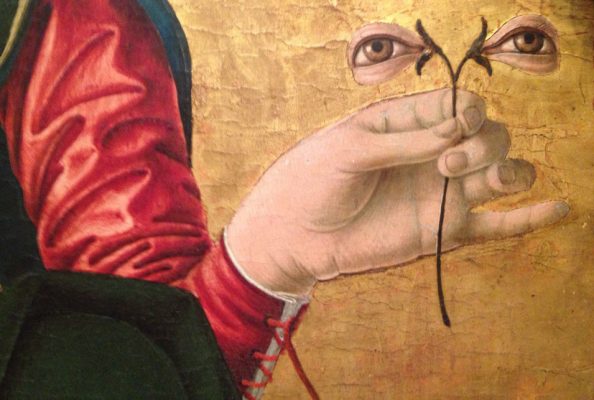 Local tradition sometimes also mentions that Lucy removed her eyes when her betrothed complimented her for their beauty, and handed them over to him on a platter for him to keep, while a brand new set of eyes were miraculously restored to her thanks to her faith and perseverance in God.

This apparently is only a legend linked to her name meaning light and to the fact that eyes are figuratively connected with the “light of a person’s soul”.

For centuries pilgrims would visit her tomb in Siracusa, but during an incursion into Sicily during the Arab rule, the Byzantine general George Maniakes removed her body in 1039 with the excuse that it would be safer in Constantinople, and later, during the 4th Crusade, in 1204 Enrico Dandolo, the Doge of Venice, brought her body to his home city.

Today, most of her relics are still in Venice in the Church of Saint Geremia. Her left arm, though is back in her hometown of Siracusa today in the magnificent Duomo (cathedral), which incorporates a 5th century BC (BCE) Greek temple. Her head instead was donated to Louis XII, King of France in 1513 and today is kept in the Cathedral of Bourges. A few other minor relics can be found in other European churches.

In Europe, besides being venerated in various parts of northern and southern Italy, and in the Scandinavian countries of Sweden, Norway, Finland and Denmark, she is also commemorated in Malta in Mtarfa on the main island and in Santa Lucija on the island of Gozo.

Only in early December, for the feast of Saint Lucy, are you likely to find cuccìa in Sicily. On her feast day (December 13th), few restaurants, pizzerias or pastry bars in Sicily serve baked wheat products, and some bakeries may be closed. Those eateries that are open serve cuccìa and arancine (rice balls). 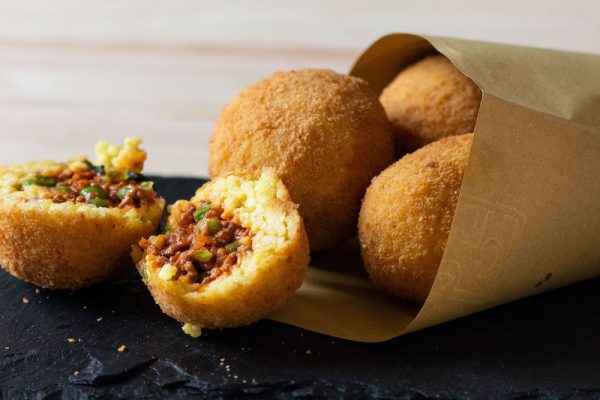 Arancine (rice balls) were invented in the tenth century during the Kalbid rule of Sicily. Their Italian name comes to us from the word for orange (arancia), which they faintly resemble in colour and texture. Nowadays the arancine made in western Sicily are round while those made in eastern Sicily (particularly around Catania) are often conical.

This all seems fairly simple, though preparing arancine (or arancini) well is something of an art. But how did rice arrive in Sicily in the first place? It’s certainly not grown here today. Rice (as well as oranges) was introduced during the Arab period. Of course, rice cultivation requires water. The Arabs built innovative and very efficient irrigation systems in Sicily, but the island was naturally grrener then. The climate was cooler and there were larger forests. There were also more streams that flowed year round (instead of the run-off torrents seen today), navigable rivers and natural lakes. In such an environment the Arabs revolutionised agriculture and introduced crops such as cotton and sugar cane.

Rice balls are the golden jewel in the crown of Sicilian cuisine.

The introduction of rice in Sicily parallels that in Spain.

Arancina rice is flavoured and coloured with saffron.

Arancine are formed of cooked and flavoured rice shaped around a core of chopped meat filling. The balls are then coated and deep fried to a crisp. Arancini are not the only crispy fried Sicilian food introduced by the Arabs. Pannelle come to mind. These are flat cakes made with ceci flour.