Private Transfer Tour from Palermo to Catania: stopovers at Valley of the Temples and Roman Villa

A great way to move you from Palermo (West side) to Catania (East side) with stopovers in two important local highlights such as: Agrigento and Piazza Armerina, giving you the chance to delight the Valley of the Temples and the Roman Villa of Casale.

This transfer tour is operated with English speaking Driver.
We do recommend to hire the local guide at:
-Piazza Armerina, to visit the Roman Villa
-Agrigento, to visit the Valley of the Temples
You will find this extra service on the booking procedure and feel free to add or skip at your convenience. 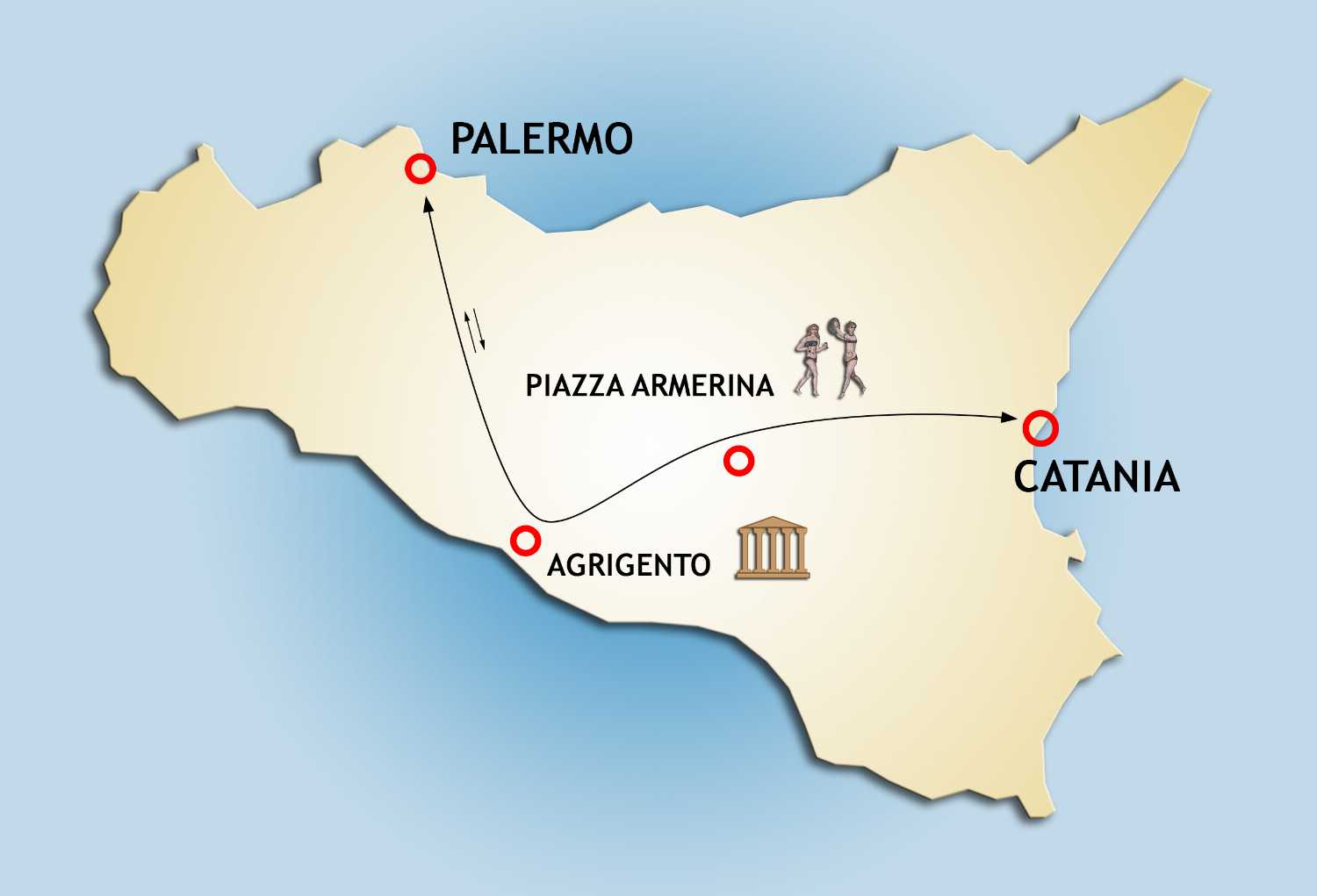