Private Transfer Tour from Ragusa to Siracusa: stopovers into Noto and Palazzolo Acreide

Move you from Ragusa to Siracusa with stopovers into Palazzolo Acreide and Noto, two ancient cities later rebuilt and strongly characterized from a Baroque architecture and declared UNESCO Heritage Sites.

This afternoon onto Palazzolo Acreide. The area around Palazzolo Acreide has been inhabited since ancient times. In the 10th-11th centuries B.C.E, the Siculi lived here in small villages. The town occupies the site of the ancient Akrai (Admission fee: not included), founded by Syracuse around 664 BC. The city was important as it controlled the paths of communication between the towns on the southern coast of the island. According to Thucydides, the Syracusans defeated the Athenians here in 413 BC. In the treaty between the Romans and Hiero II of Syracuse in 263 BC it was assigned to the latter. After the Roman conquest, it became a civitas stipendiaria, and was still prospering in the course of the early Christian age. The old city was probably destroyed by the Arabs, in the first half of the 9th century. The new city was built around a Norman castle, which no longer exists. An earthquake in 1693 destroyed almost the entire city, which was slowly rebuilt in the following centuries.

This transfer tour is operated with English speaking Driver.
Local guide is available on request paying a surcharge. 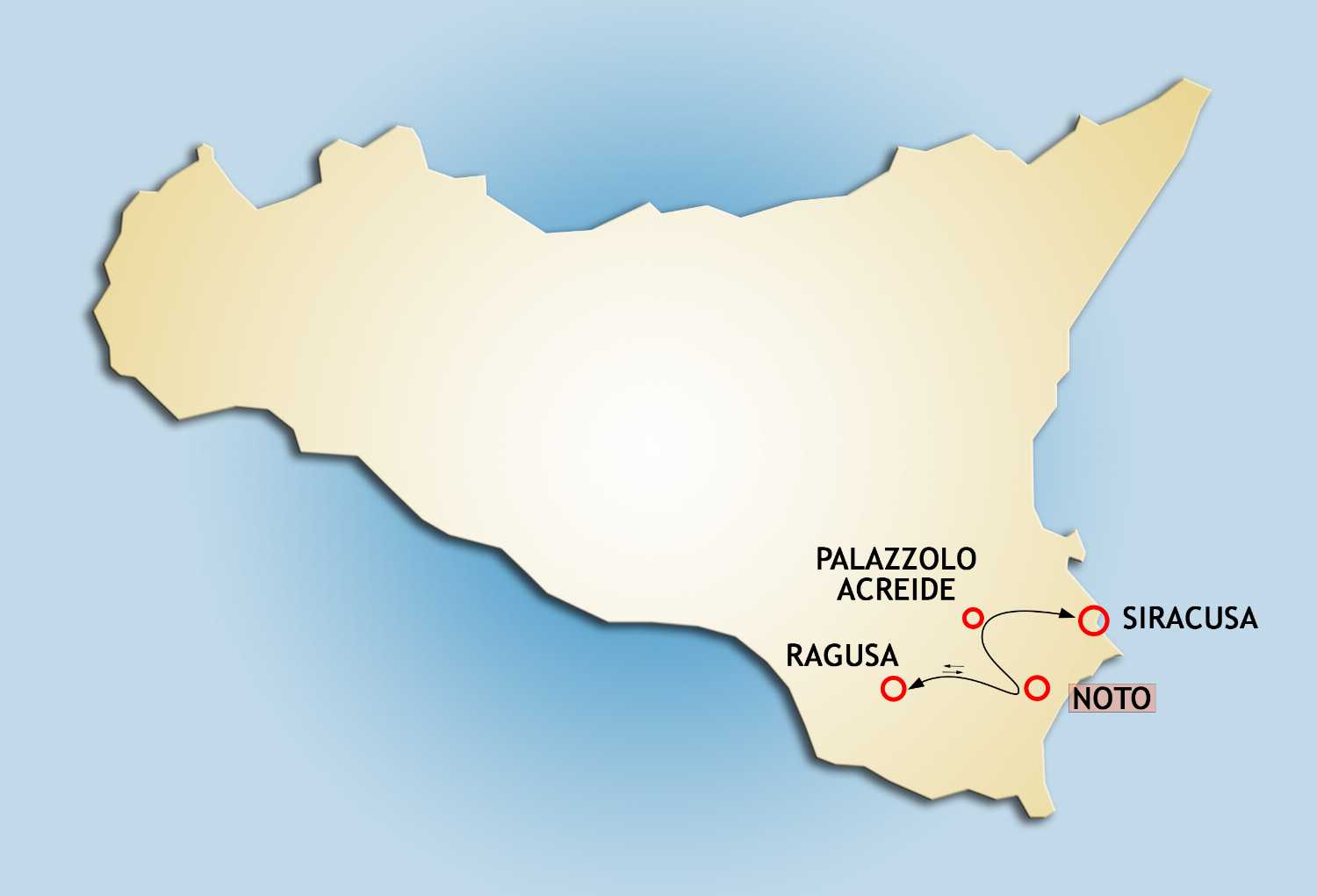