Private Transfer Tour from Trapani to Agrigento: stopovers in Segesta and Selinunte

Move you from Trapani to Agrigento with stopover in Segesta, to visit the Doric temple and then into the archaelogical park of Selinunte.

Today meet our staff and departure for Segesta one of the major cities of the Elymian people, one of the three indigenous peoples of Sicily. Segesta’s ancient Greek temple can make a valid claim to being the best preserved in the world, and its amphitheatre boasts a hilltop position on Mount Barbaro second to none. The archaeological site, about seventy kilometers southwest of Palermo, reflects the presence of several ancient civilizations, beginning with the elusive Elymians. While the magnificent Doric temple, though (strictly speaking) never completed – as the roof was never added and the pillars never fluted – is impressive, it is just the highlight of a large archaeological park. Today we visit the Temple (Admission fee: not included).

This afternoon onto Selinunte (Admission fee: not included) which is one of Sicily’s great Greek archaeological sites. Situated by the sea in the south-western corner of Sicily, the isolated ruins here have stood abandoned for most of their history. The lack of later development allows modern visitors to imagine the ancient town of Selinus as it would have been two and a half thousand years ago. The archaeological park at Selinunte is huge, incorporating Greek temples, ancient town walls, the ruins of residential and commercial buildings, countryside paths and zones not yet excavated. If you are interested in Greek Sicily, this is a very important site to visit, and the temples’ setting close to the sea is wonderfully picturesque.

This transfer tour is operated with English speaking Driver.
We do recommend to hire the local guide at:
-Selinunte, to visit the ruins
-Segesta, to visit the Temple
You will find this extra service on the booking procedure and feel free to add or skip at your convenience. 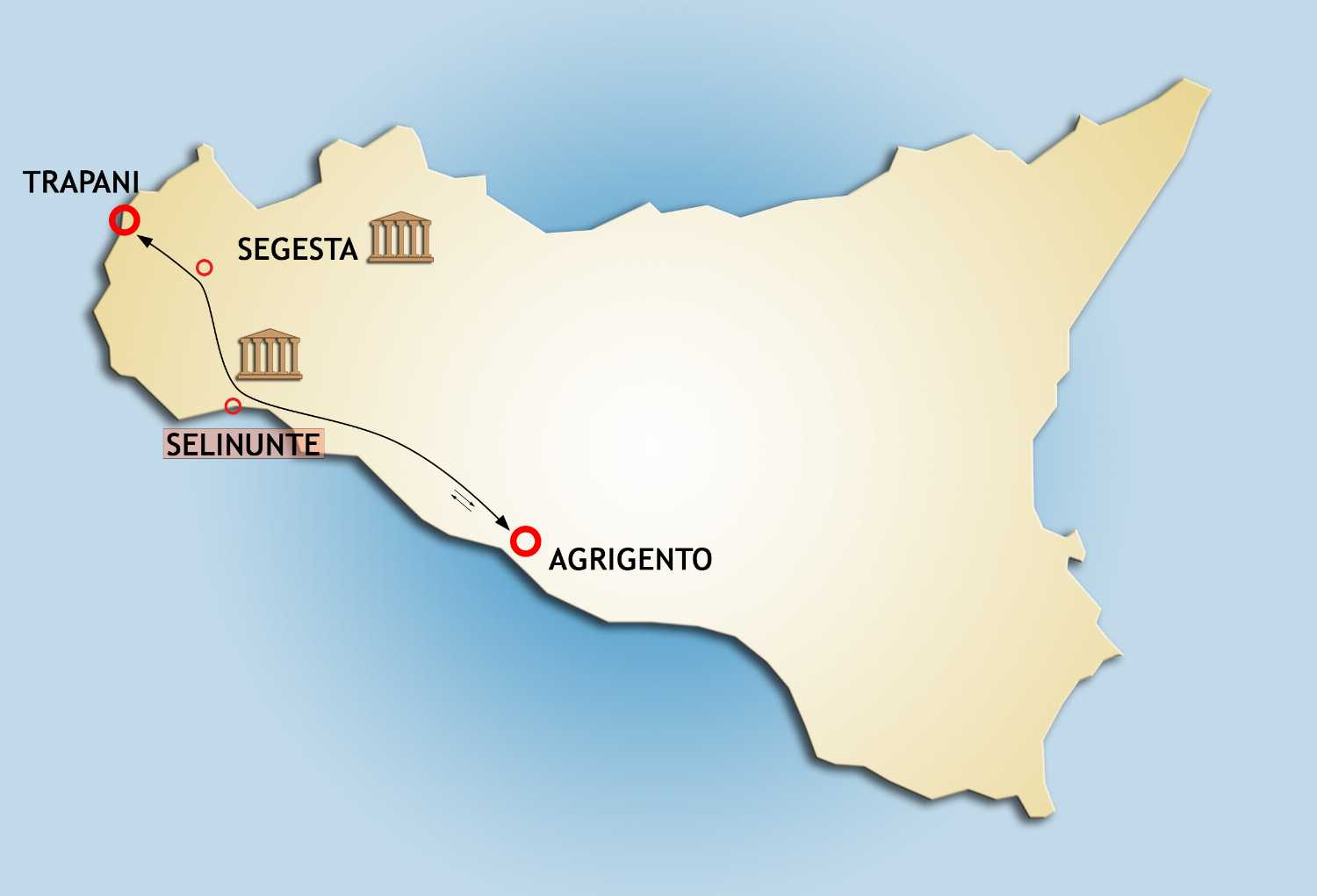