Private Transfer Tour from Agrigento to Trapani: stopovers in Selinunte, Mazara and Marsala

Move you from Agrigento to Trapani with stopovers into the archaeological park of Selinunte, in Mazara del Vallo to visit the "Museo del Satiro" and in Marsala to see the wreck of a Punic ship.

Today meet our staff and departure for  Selinunte (Admission fee: not included) which is one of Sicily’s great Greek archaeological sites. Situated by the sea in the south-western corner of Sicily, the isolated ruins here have stood abandoned for most of their history. The lack of later development allows modern visitors to imagine the ancient town of Selinus as it would have been two and a half thousand years ago. The archaeological park at Selinunte is huge, incorporating Greek temples, ancient town walls, the ruins of residential and commercial buildings, countryside paths and zones not yet excavated. If you are interested in Greek Sicily, this is a very important site to visit, and the temples’ setting close to the sea is wonderfully picturesque.

Then onto Mazara del Vallo, a Phoenician town that retains Arab and Norman architectural influences. Today we admire the famous statue of Dancing Satyr in its own museum, the Museo del Satiro (Admission Fee: not included). A Satyr is the essentially human being of Greek mythology, bearing certain animal features. Measuring 2.5 metres in height, the Dancing Satyr is cast in a bronze alloy typical of Roman period castings yet rendered in the Hellenistic style. It was probably part of a group created as early as 300 BC (BCE). The statue was discovered on the floor of the Sicilian Channel under 500 metres of water in 1998.

This afternoon onto Marsala. Since the early days Lilybaeum (nowadays Marsala) soon emerged as an important naval base and maintained its place as a crucial maritime port under Byzantine, Arab and Norman rule. To the Arabs it was Mars el’Allah, literally “Port of Allah (God),” hence Marsala. The region was always known for its fine grapes, but it was the Englishman John Woodhouse who introduced the fortified wine business here in 1796, having already developed a similar product (Port wine) in Portugal. This experience encouraged other firms to follow Woodhouse’s example. Ingham, Good and Whitaker had soon founded wine businesses of their own. The Florio family set up a firm in 1831. Today we visit the Baglio Anselmi Archaeological Museum (Admission fees: not included) that houses the remains of a Punic ship and tells the story of Lilybeum. The Punic ship is the earliest warship known from archeological evidence and it is supposed had been used by ancient Carthaginians in the First Punic War. It is an oared vessel with 17 sweeps per side, approximately 115 feet (35 meters) long and 15.7 feet (4.8 meters) wide.

This transfer tour is operated with English speaking Driver.
We do recommend to hire the local guide at:
-Selinunte, to visit the ruins
You will find this extra service on the booking procedure. Feel free to add or skip it at your convenience. 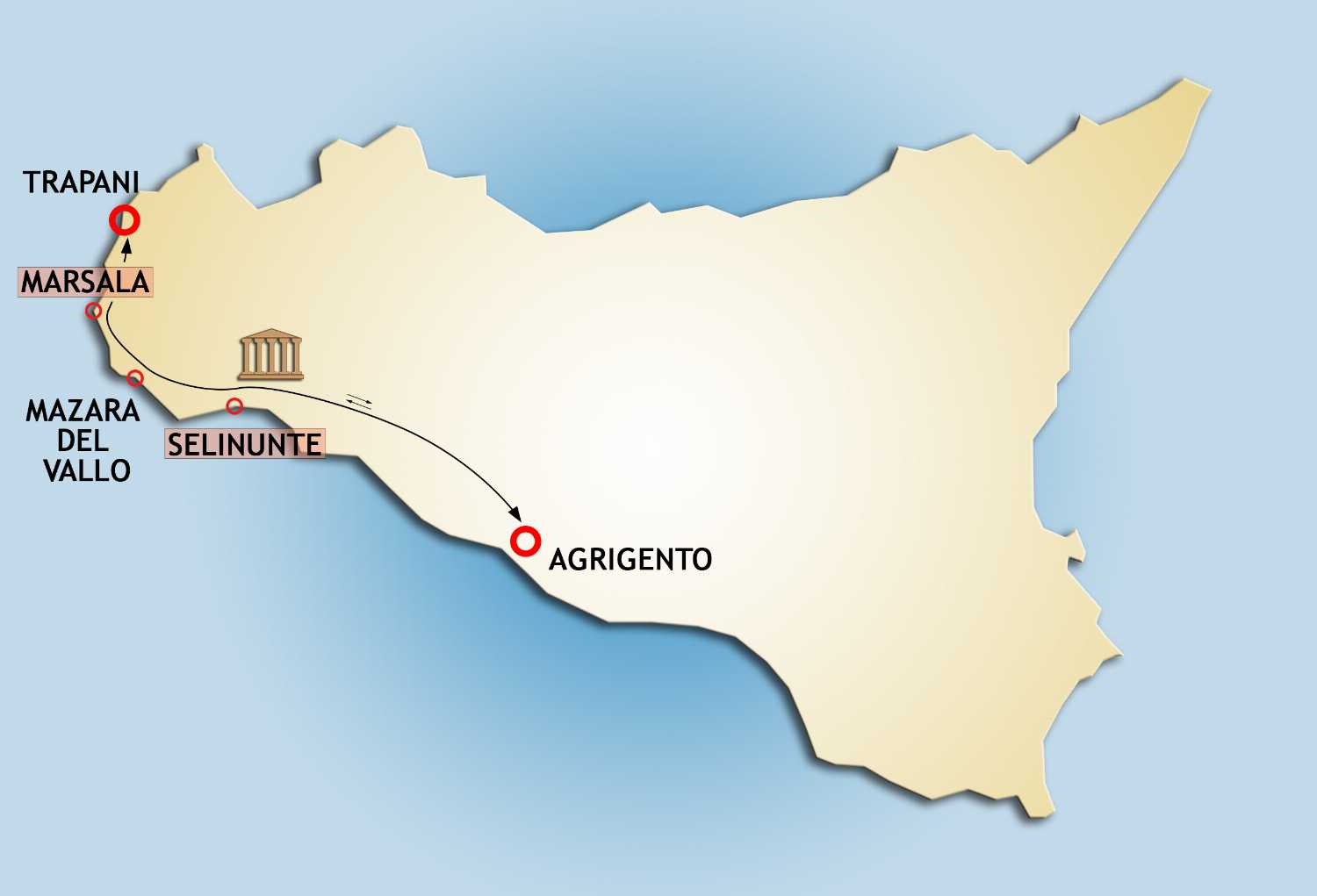