What does Sicily have to offer?

Sicily represents the set of all the Mediterranean culinary traditions!

Sicily has all the art, architecture and history that a traveler could want. But many travelers don’t know that it’s also a paradise for outdoor lovers – If you’re looking for a mix of culture and action, or just a full-on adrenaline-filled vacation, here are some of our favorite outdoor adventures in Sicily.

Climb or Bike into the incredible culture, mediterranean terrain, and unbelievable beauty of volcano, necropolis and forests!‌

Italy, and Sicily as well, have been, since antiquity, the centre of history, culture and art. Our sites reveal countless tokens of the past and the many civilizations that have passed across this country, evidence of which is still inextricably woven into the present day landscape.

Our heritage is one of the most valuable in the world. Sicily has more cultural UNESCO Word Heritage sites than any other country.

2021 Exclusive Packages chosen for you

Make your Sicily Travel plans with our Exclusive Packages.

They are a great way to see Sicily without having a to-the-minute itinerary covering the most popular and interesting itineraries you look for.

Each of them made an indelible imprint on Sicilian Culture, Gastronomy, Wine and Olive Oil.

Sicily represents the set of all the Mediterranean culinary traditions concentrated in a single small and amazing island!

Sicily has been called the “eternal crossroads of the Mediterranean” and the vast diversity of her people, cultures, and even landscape will certainly support that claim.

Discover the best of Sicily. This is a small group tour to Sicily that will make you feel as if you were staying in a home of good friends.

Create tailor-made tours and customize your perfect trip itinerary with the local expert we match you with. 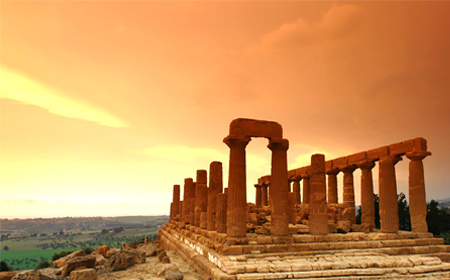 Regular Day Tours
star star star star star
A Regular Day Tour is a collective tour that includes transportation, sightseeing and tasting of local products. Our tours depart on specific dates and they are preferably small size (max 18 people) because aim to create a friendly experience at the convenience of a fixed price. 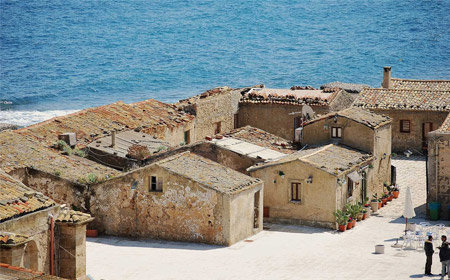 Private Day Tours
star star star star star
A private day tour gives you the chance to have a tourist experience tailored on your wishes and needs. Feel free to explain us your “ideal tour” specifying group size, number of days and your main interests (archaeology, landscape, food & wine…), and you’ll receive our reply with a customized offer as soon as possible! 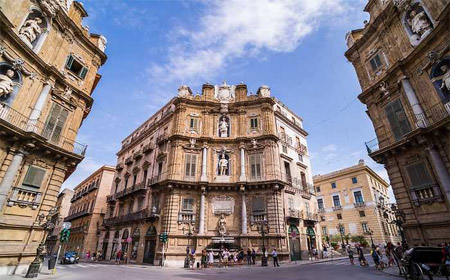 Multidays
star star star star star
Joining a multiday tour you’ll have the chance to have an overall view of Sicily choosing two or three accommodations in different areas, that will be used as starting point of daily excursions. The tour includes English-speaking driver, transportation, sightseeing and meals. 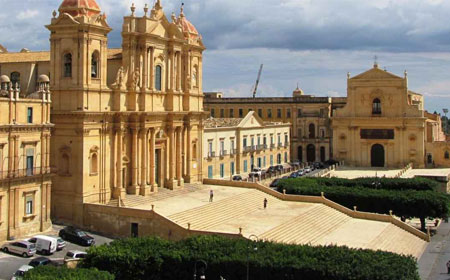 Transfer Tours
star star star star star
Transfer Tours are the best solution to move from one city to another and include sightseeing along the itinerary. This solution gives you the opportunity to optimize as much as possible your time and plan your holiday in Sicily in the right way. The most popular transfer tour is from Palermo to Taormina and viceversa with a stop included at the Valley of the Temples in Agrigento and at the Villa Romana del Casale in the area of Piazza Armerina. 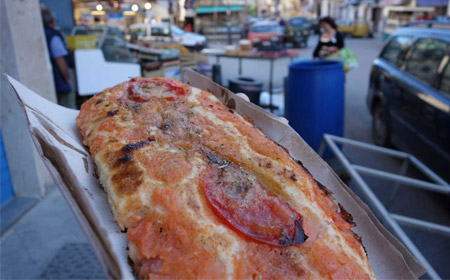 Food and Wine Experience
star star star star star
A wide range of experiences created to try the rich, unique and delightful Sicilian cuisine! You’ll have the chance to enjoy colors and flavors of open-air markets, taste street-foods, join cheese making demonstration, dine with genuine food at a farmhouse and even learn how to cook typical dishes and taste your own creations! 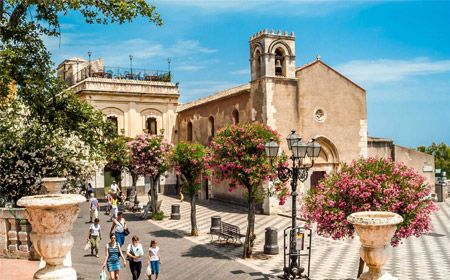 Shore Excursions
star star star star star
A Shore Excursion is a short trip that offers you the opportunity to sightsee the best highlights reachable from your port of call with a professional English-speaking driver. They are perfectly designed for those who enjoy traveling in a private-form with the convenience of a fixed package price. 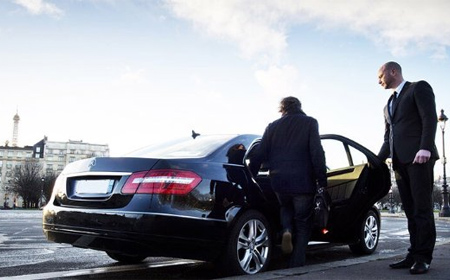 Transfer
star star star star star
We offer a transfer service with an Italian-speaking driver who will fulfil all your needs. Our vehicles are equipped with air conditioning system and ensure a smooth, comfortable and secure trip to the passenger.

As a DMC in Sicily we are specialized in corporate events such as business meetings, incentives and team building. We work hard to plan and manage your project in the most minute detail, in order to offer you a unique, memorable experience in one of the numerous Sicilian special locations. Every Event in Sicily is different from another, and hence fully customized to your desires!

Sicily, with its astonishing turquoise sea, golden sandy beaches and suggestive rocky coastlines, is the perfect place for sailing! With us you’ll have the opportunity to rent a yacht in Sicily or to have a sailing and boat tour and explore the marvellous Sicilian coasts, included the splendid archipelagos of Egadi islands and Aeolian islands with their two volcanoes Vulcano and Stromboli as well as Taormina Bays and Siracusa area.

A special and unique time to create wonderful memories with the people you love the most. So don’t limit your expectations and dreams! An exclusive visit to special site. A private vineyard experience led by the owners. We will design your perfect sicilian luxury travel together. Your holiday must be the best time of your life!

Our Company designs fully Customized Tour of Sicily and gives you the chance to have routing and services tailored on your wishes and needs. Contact us and feel free to explain us your ideal tour specifying main interests, group size and length of stay: then, just relax and wait for our itinerary proposal: at your arrival in Sicily your tour will be arranged in every detail!

What’s better than combining your holiday in Sicily, renowned for its delicacies, with an amazing culinary experience? With us you’ll have the chance to join one of our Cooking Class in Sicily both with the most important starred chefs and with a Sicilian granny who will reveal you her ancient, secret recipes about traditional dishes! In alternative, if you wish tohave a real Sicilian Experience, why do not indulge your senses in a Cooking Class with a home-chef and Dine with locals at their home-restaurants!

Food and Wine Tour in Sicily is a selection of an incredible number of experiences and activities related to the rich and variegated world of the yummy Sicilian cuisine. Visit a winery on the slopes of Etna Volcano and taste the excellent local wine; stroll along lively open-air markets full of colors and noise; taste the renowned, delicious street-food; joining pizza, bread or cheese demonstration, with the chance to taste freshly-baked products in a farmhouse.

Planning your holiday with our Driver Escort is half the fun, stress free and the itineraries shown on our Private Multidays Tour page, are just a sample of what you can expect from Tour of Sicily. We take pride in customizing trips to your exact interests and expectations: food and wine, art and architecture, hiking and biking, religion and relaxation.

Transfer tours in Sicily are a great opportunity to make the most of your time during your holiday in Sicily: they offer you the chance to do sightseeing while you are moving from one spot to another. An expert English-speaking driver will escort you from one city to another with stopover in some of the most important Sicilian highlights, taking care of your luggage during your visit!

Booking tours has never been easier! With thousands of small group tours, private day tours, activities and attractions on offer in destinations in Sicily, Italy and Malta, we help take the hassle out of planning your trip.
Choose from thousands of tours in amazing destinations and make your dream trip a reality. Booking is fast and easy, payment is secure, and our staff is carefully screened for your peace of mind.

We offer a comprehensive set of Self Drive Holidays that allow you to discover Sicily in an independent, safe and comfortable way. It’s often said that Sicily feels like a country of its own. And, with so much on offer, it might as well be. One moment you could be relaxing on white-sand beaches and the next wandering through the wonders of the ancient world.

We handpick the most scenic biking routes from Countryside to the amazing Salt Way road and Windmills. Our Biking Tour leaders know the least trafficked cycling routes and also the most terrific stops –the trattoria where you can lunch al fresco, the olive three perfect for an independent picnic, the best spot to pick wild blueberries and fresh lemon–.

Walking Holidays have had a revival over the last decade and it’s this combination of expertise and excitement about walking as a form of relaxation that has opened a whole new walking world for the 21st century and, yet one that will almost always take you right back in time.Climb into the incredible culture, mediterranean terrain, and unbelievable beauty of volcano, mountains, necropolis, archeological sites, valleys and forests.

We offer a selection of Malta Tours and Malta Shore Excursions to give our customers the possibility to discover the bauty of this small Country rich of history like Sicily is as well.
Visiting Malta with our guides you will discover the history, the tradition the food and landscapes of this beautiful place

Thanks to the collaboration with partners spread across the whole Italian peninsula, with Tour of Sicily you’ll have the chance to do a Tour of Italy exploring some of the most beautiful places like Sicily islands, Amalfi Coast, Tuscany, the impressive Cinque Terre and the wonderful world-renowned art city of Rome, Florence and Venice.

Our Shore Excursions are the best solution to visit the most outstanding spots of Sicily reachable from your port of call, in a private form and with the convenience of a fixed package price. You’ll be escorted by an expert English-speaking driver who will be happy to give you information about our beautiful island and will do his best to meet your special request, in order to make your trip unique and memorable!

Choose a Location first, and after navigate by tours type or category!